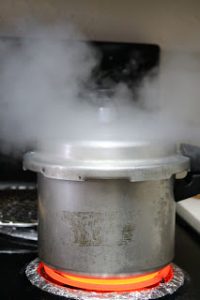 On July 26th we listened to Dr. Genzler talked about the Structural Pathologies of the Development Enterprise, and the hegemonic systems that further complicate the peacebuilding process. He made a reference to the hegemonic system as a pressure cooker that was unintentionally made to let a little steam escape every now and then in order to maintain the structural construction of the system in place. He constructed this metaphor around the Occupy Wall Street protests of a few years ago, saying that the system allowed for these protests, but we see no difference in the earning power of the elite 1%. In fact, in recent years the stark wage gap difference between the richest and the poorest has been growing more than before. Listening to this information, I was, of course, a bit discouraged. If we are working to change a system, that allows for seemingly small ideas of change to exist before reverting back to its original construction , then how can we as peace-builders enact that real change that we seek?

The pressure cooker comparison reminded me of my childhood in Jamaica when my father would be cooking my favorite meal, oxtail in our small pressure cooker in the kitchen. I was an impatient child when it came to food and every 5 minutes I would either peek in the kitchen to catch a look at the steam increasing and listen for the whistling of the pressure cooker or tug at my father’s sleeve with those questioning eyes about when it would be time to eat. Something I observed from this is that, yes, the pressure cooker always did let a little steam go and never allowed the rich juices of the oxtail to overflow, but it also slowly softened that oxtail meat until it was perfectly ready to cook with gravy and eat. Once it reached that point, the steam coming out of the cooker would be so strong that the pot would begin whistling and we knew that the meat was just about done. It was those incremental and slow moving changes, that led to the final release of steam, that were key in changing the meat from raw to cooked. So, what I was trying to say from all of this is that perhaps, we need these incremental changes and small steps to slowly generate enough positive peace to tackle such strong hegemonic systems.

These were my thoughts throughout that day the somehow helped to brighten my outlook on tackling these historical structures that help to uphold systems of violence and conflict globally. I think it is through reaching everyone in different ways, through grassroots movements, their interests, and even trying to understand their intentions that we will begin to to speed up this change on the pathway to building peace.