Peace means different things for different persons. Some discourses use the concept to justify any action into finishing with a conflict. As we saw in a session with Dr. Pushpa Iyer, Solving a conflict is not the same as supressing it. 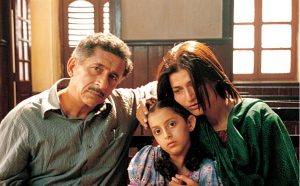 In that session we saw the documentary Parzania. The complicity of local authorities in the events, revictimization of victims because of justice not being brought to them, and the further impunity of politicians who are still in posts, even higher now, reminds me of Mexico and a case in Atenco, where an airport was going to be built and the people who were against being displaced from their lands were brutally repressed in a controversial case that involves the person who is now president of my country. In another session we talked about ISIS, how it is providing a life project (along with promises of money and glory) for some youths, what some of their sources of income are and the strategy that is being used to fight them. This reminds me of the war on drugs in Mexico, how a cartel life appeals to young people with not a lot of options and how the government addressed the problem by not looking at it holistically but above all by spending more budget on security forces. I don’t mean to minimize the differences between these cases. The reason for conflict to arise in each are key elements to understand the root of the situation and to eventually  propose solutions, but it is very clear to me how similar the government responses are to treat the them. A generic negative peace approach to such diverse situations doesn’t seem like the best way to go. I think conflict experts who can analyse each situation in its complexity are fundamental. Yet, something else I am getting to understand we are also facing in different countries are the budget cuts, the lack of resources, the tendency to see non-profit organizations as not profitable and therefore not as worthy of resources as other activities. What is the value of peace? Is it measurable? Where does it fit in this economy and in our politics? In whose agenda is it to maintain conflicts unresolved? For conflict resolution strategies to work there needs to be political will. Nevertheless, as it has been stated in most of the sessions, change can happen one step at a time, one action at a time.