There is a friend in the course I have a particularly good relationship with. This person is very sincere and open with me, no political correctness involved and I really appreciate the honest conversations we have. This person told me “we all get along well because we are only here for a short period of time and it is not enough to make our differences uncomfortable and there is nothing to compete over, but if there was, our relationships wouldn’t be the same”. 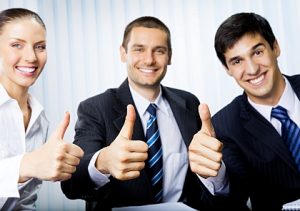 Image that came up while googling “good negotiation”.

That very same day we were presented with four study cases. We had to choose one and team up with other 4-5 persons to solve it along with one organization, which would be our task for the following weeks. The instruction was to decide all together at the end of the day. By the time that happened there was already a board with names on it and three out of the four teams were all full, even before all of the cases were presented. How were we to decide who would not be in the team of their first choice?

Dr. Iyer started a negotiation process and eventually the conflict was solved. But before this happened comments popped up about first come – first serve, about the last person having to be switched and then the majority would be ok. Isn’t this how some conflicts are solved in our society? Is this fair? Is this what justice and democracy should be? What happens when there are voices left behind, unheard? Who tend to be these voices? When does the project of equality I work for affect my interests and my privileges? What is  to be done about that?

I think everyone, but especially us as peacebuilders should ask themselves this questions if we want to be coherent.