When I first think of peace, words like harmony, justice, and tranquility instantly come to mind.  Some say that there cannot be peace without war.  Peacebuilding, when I first heard the term to be honest, seemed fluffy, like something people do who are put on a pedestal and look down on others, or even like a puppeteer with his marionettes controlling the play from high above the protagonists.  However, I know that these analogies are wrong and that there is so much more to it.  I’m looking forward to this year’s Summer Peacebuilding Program (SPP) for myriad reasons, to set my own mental record straight, to delve into the nuances, and to learn how to incorporate Peacebuilding into the International Development career I so desire.  Prior to coming to the Middlebury Institute of International Studies at Monterey (MIIS), I worked as an Economic Development Volunteer in the Peace Corps in rural coastal Peru.  My background has always included a love of international studies, travel, and learning about foreign cultures from the inside out.  Though I started a career in international banking, I reached a pivotal moment when I knew I was destined to follow a different path.  Throughout my Peace Corps experience, I discovered a love of integration and wanting to understand why people acted the way they did, through different cultural lenses, religious backgrounds, and biases. 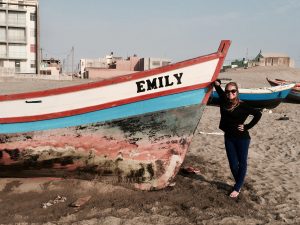 What drove me to participate in the SPP was a combination of reasons.  In any career in any field, conflict or dispute resolution is an integral skill…because conflicts and disputes are omnipresent.  Upon learning further about the program beyond my initial reactions, I found the ability of Peacebuilding to bridge multiple fields across realms within and outside of the development arena absolutely fascinating, and I could see it being very useful in my hopeful future pursuits.  On the very first day of the program, we were taught that conflict is a good thing.  We were told to view it as an opportunity for change; because truthfully, there cannot be change without conflict.  Change should rightly involve a change in attitudes as well as behavior, and the field of behavior change fascinates me – ideally, I’d like to further investigate this in such a way that would positively impact the realm of wildlife conservation and animal welfare, but it’s all linked.  Sentient beings (people & animals alike) and the environment, etc. all have a role to play.  The sooner we can all learn that, the sooner everyone can work together, the sooner Peacebuilding will have a sustainable and everlasting effect. 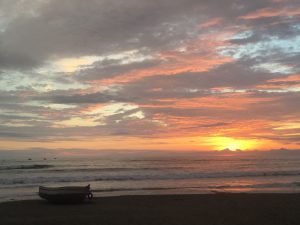