Some trends never go out of style, such as: kindness, humility, clarity, & respect.  George Bernard Shaw once stated, “the single biggest problem in communication is the illusion that it has taken place.”  Good communication, or lack thereof, forms the foundation for things like relationships, transparency, understanding, diplomacy, and peacebuilding.  We had a session on dialogue the other day – dialogue occurs where the two sides meet in the middle, the ones even willing to listen to the other’s tale.  The extremists in the matter, unfortunately, aren’t able to even paint the illusion or fathom the idea that they can reach anywhere near the middle lane where the dialogue is meant to take place.  There exists the danger of the “telephone” game…messages getting relayed, bits & pieces become lost in translation. 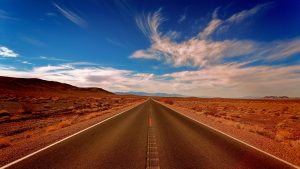 Speaking of translation, the art of translation (written) and interpretation (spoken) is not for the faint of heart.  The art of relaying messages from one language to another, oftentimes simultaneously, is like an ultramarathon for the brain – code-switching, thinking in multiple languages concurrently or consecutively, the entire crux of multinational situations could depend on how a single message is conveyed.  Through a role-play exercise, we simulated a version of what it is like to be an interpreter in a meeting between NGOs and refugees.  Acting as the interpreter for the Spanish-speaking NGO delegate, I can appreciate why interpreters oftentimes can only work 20 minutes at a time and then must switch with a partner.  All of my knowledge of the language went out the window… I became too concerned with whether or not I remembered the order of the words my delegate stated, when in actuality, accurately conveying the meaning of the message in the first person is most critical.  Being able to leverage interpretation and translation can be a powerful weapon.

The acknowledgement that there is a worldwide refugee crisis  at the moment is an understatement.  “The Crossing,” a documentary by George Kurian, provided a first-hand look at Syrian refugees’ journeys by boat from Egypt to Europe.  Lucky to have all made it alive, one of the biggest challenges faced by refugees upon arrival, was communication.  Many didn’t speak the language, communication with loved ones was often impossible; but the biggest problem, refugees are seen as a problem rather than people who need our help.  The wrong messages are being communicated & disseminated.  These people aren’t fleeing by choice and looking for a better life…they are looking for A life. 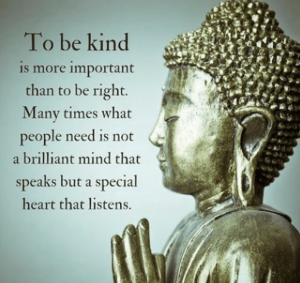 Oftentimes in history, we can see that religion has been used as an excuse for violence…when in actuality, nowhere in religious texts does it actually communicate the need or order for killing and violence.  People want the ends to justify the means, and so they leverage the interpretation of words and scripts incorrectly.  Everyone wants to be recognized, to be seen, to find identity and purpose.  The journey does matter though, maybe it could even be argued that the journey is more important than the destination; because no matter what compromises have to be made, we want to at least be able to recognize ourselves when we come out on the other side.  As the age old saying goes…treat others the way you want to be treated.