24601?  Jean Valjean?  For those of you familiar with Les Misérables, as our cohort was fortunate to go see as a group recently, you will understand the reference. 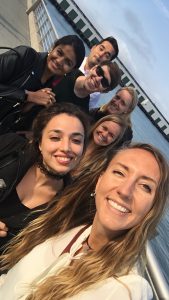 (There is something about the arts that is just a great escape from reality.)  The concept of identity can be challenged, questioned…people are comfortable with order and categories.  Sometimes, things don’t fit into a box quite so neatly.  Life is messy.  In the story line, Jean Valjean is struggling with his previous life-identity as a prisoner (24601) and sings about having been put into prison only for stealing a loaf of bread.  He is tried, sentenced, paroled, and struggles to find a new life purpose because society, embedded structural violence, poverty, and stigmas are cruel to his attempts at searching for a new purpose.  No one will give him a chance or see him as anything but a prisoner.  Always told to “look down.”  If people tell you are worthless enough times, self-fulfilling prophecy may seem like the only way out.  I’m a thief?  Ok, I’ll steal.  You call me a felon?  Ok, I’ll be one. It certainly could seem like the viable option, but it isn’t the only one.  A priest defends him in front of the authorities, despite his shortcomings, and that is when he makes a decision to become an honest man, that his past will not dictate his future. 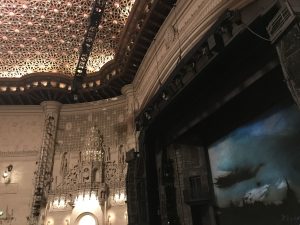 There are so many references to conflict and violence in the play…but it is also full of hope and love.  Before I get too far away from the concept of identity…I want to speak to the term of “hybridity” or “hybrid identity,” which we spoke about in our sessions today regarding indigenous spaces and peacebuilding.  We need to move towards the idea of rejecting “otherness” or ostracizing 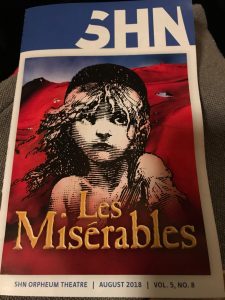 those who are different from us.  We are a world of bleeding identities and connectedness, constantly crossing man-made boundaries.   If we can shift the focus to include all parties in any narrative, everyone has a stake in the game, and we can then move the lens through which an issue is viewed.  Bringing it back to Les Mis, the character Fantine repeatedly struggles with her identity after she is fired from her workplace.  She has a daughter for whom she must provide; and in this moment, her identity as a mother is the most important thing.  She sacrifices her hair, her body, and her soul in order for a little bit of money for her child, to be the best mother she can be.  We have all experienced identity crises, I imagine, at one point or another in our lives, to varying degrees.  What should I be doing with my life?  What is my ethnicity?  Do I agree with my religion?  Questions are healthy, and your identity should come from within you, not what society decides to impose upon you.

After the play, we went to dinner at Delancey Street Restaurant in San Francisco, a great foundation which gives people trying to start again the chance to do so. 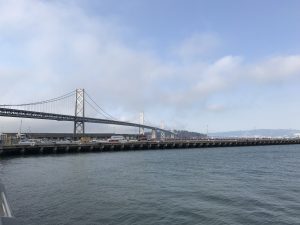 Our waiter was kind enough to tell his story – he had a career and family he loved, but alcoholism got the better of him.  He came to Delancey Street Foundation to get back on his feet and throw himself into his work.  It’s a 2-year commitment, it helps them make amends with loved ones, and teaches conflict resolution and behavior change through correcting each other, nonviolently, while playing games and through mentorship.  If only Jean Valjean had such a place to go…everyone deserves a chance to make amends; your future is yours… “when the beating of your heart echoes the beating of the drums, there is a life about to start when tomorrow comes.”