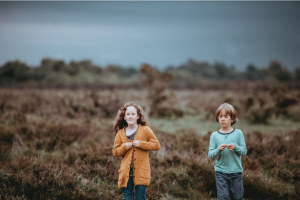 When we talk of feminism, we generally shift all the focus onto the female gender. However, what we don’t realize is, what exactly are we referring to when we say the female gender? Here is where I think it is important to distinguish between gender and sex. One of the biggest misconceptions in the English language is that gender and sex are often used interchangeably. However, they do resort to two different concepts. Sujata Moorti, our speaker, was able to shine some light on this matter. When we say sex, we are talking about the sex a person identifies with. It could be masculine or feminine or even a little bit of each. What then is gender?

Gender is a socially constructed concept and role that is built around the sex of a person. Now, where lies the problem is, the way we deal with gender and sex is, we don’t wait for people to identify with a sex and then ascribe a gender role. We instead, identify whether a person is a boy or a girl the second they are born (using the human body as an indicator) and then start training and teaching them to fit the stereotype of their genders. Boys are trained on “masculine” traits and girls are trained on “feminine” traits, and a mix of either or is shunned.

The whole idea through ancient history of men only doing certain kinds of work and women only doing certain kinds of work was inspired originally by the idea of division of labor. A house had to be run, and so men and women would divide up the work. Stemming from that original division of labor, we now have stereotypes constructed around what women should be doing and what men should be doing. What people fail to see is both these activities are structurally dependent on each other. Without either or activity, “the house” / society would fall apart. So where then did this notion of “more important” work versus “less important” work come from?

Now to bring gender into this and constructed societal narratives. They say women are meant for certain kinds of work especially those associated with nurturing and caring and are associated with being petite, delicate, mannered, polite, etc. But men on the other hand are big and strong and they build things and are the head of the family and are the bread winner. Focusing on only these prescribed and expected qualities and characteristics leads to an immense deficit and poverty of capabilities for both men and women. Both masculine and feminine characteristics need to be embraced irrespective of the gender to have a whole all encompassing development of oneself, allowing one to liberate their potential and talent. In the peacebuilding field a wise person told us, men are appreciated for their feminine qualities and ability to empathize with populations, however, if a woman expresses these same feminine qualities, it is assumed that these qualities were already “naturally” in her, when actually these are qualities instilled in her. One the other hand, women are not appreciated for their masculine traits that they might possess and exhibit, limiting again their potential and talent.

The only way we can break this deeply constructed narrative is if we touch into the everyday life and slowly start breaking the narrative with better more enlightening narratives that have a better connection to the truth. We can use these narratives as teaching moments.

Here is the link to an Advertisement, that is a good example of how we can use teaching moments to break the stereotypical narratives and start building new better ones: