Our speaker Guntram Herb exhibited great knowledge, interest, and valorization for indigenous cultures. One of the initial sentences that he spoke was this blog’s title… It made a statement about the need to recognize who you are and where you come from. His explicit ownership of being a white, settler colonialist invited an openness in recognizing the limitations of one’s experience, and associated opportunity to expose the silence on cultures that have not been allowed to share their voices and histories. It is to the great detriment of all people when the perspective on the human experience is flattened, and actions selectively erase cultures and societies that are deemed to be inferior or disposable. 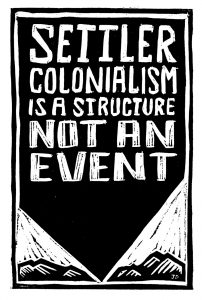 When I previously worked as a history teacher overseas, my students pointed out how I sought to weave aspects of recognizing the colonial legacy and its deeply damaging perspective into a variety of conversations and lessons. I once created a mock trial involving Namibia’s colonizers, which sought to allow for students to recognize the psychological aspect of colonialism. I was quite pleased when our class judge found the colonizers guilty for their crimes against humanity, and wished our education system would more broadly emphasize how colonialism is still alive in societies across the world. I’ve had the opportunity to live with indigenous families in South America and the 4 corners region, and have been fortunate to be able to hear some of the infinite stories, histories, and knowledge. Guntram introduced his session with a recognition of the fact that we are on Ohlone land, and California has a deeply devastating history of colonization. I was disappointed in myself that I have very limited knowledge of the Spanish mission system, and how the indigenous people of this region have been subjected to structures of erasure and silencing. It can be easy for me to become passionate about how systems of inequality work overseas, but I have not held myself accountable to using the same lens when I am walking through Monterey. 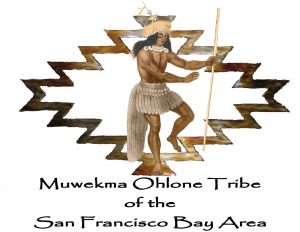 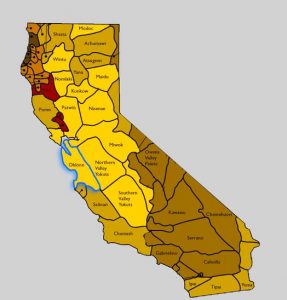 Further research taught me that thousands of Ohlone people lived on California’s central coast prior to the arrival of Spanish colonizers in the 1700’s. Monterey was home to one of the first missions in what came to be called King’s Road – missions from what is now San Francisco to San Diego. The process of converting and assimilating the indigenous population (known as neophytes) involved profiting off of their forced labor. The missions served as slave plantations, nearly exterminating the captive indigenous population. The starvation, disease and hard labor that decimated them is fairly well documented by historians, but their findings are not well known. The missions are normally depicted as friars and Native Americans living side by side and happily helping one another. Upon a quick google search for Monterey historical attractions, the first description I came across was “The history of Monterey is part of its charm…” It is a disturbing phrase showing how we choose to depict a violent history. The California Mission Preservation Act of 2004 approved $10 million in grants to restore 21 Californian missions, which draw in millions of visitors each year. It is an example of how settler colonialism continues to act upon us, through sharing the stories that we find to be more convenient, and it is easier to overlook the terrible truths. We have learned throughout many sessions that systems work in ways that become invisible – they are accepted as normal, and we fail to notice how they influence our psyche. I must be more conscious and critical of the subtle and unsubtle ways that systems of silencing continue around us every day. 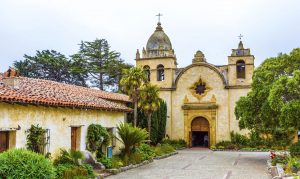 When we visit or learn about a mission, we must think about what stories are not shared

I am also a white, settler colonialist. Our society has heard the voices of my relatives while intentionally ignoring so many others. That is no excuse for passive acceptance of these structures, it is complicity in violence. Settler colonialism is the most devastating type of colonialism, it goes beyond exploitation for economic benefit. It seeks to eliminate the colonized and replace them with the colonizers. We also need to recognize that incorporating values and views that have been hidden is integral to aligning our unsustainable societies with a better way forward. The effects of settler colonialism are ongoing, and we have a moral mandate in order to recognize the histories and knowledge that we have systematically ignored. The Western world has strayed so far from respect for all living beings, the Earth, and communities. We become focused on our every man for themselves mentality, gobbling up more private property, and arming our national borders. We forget that this is not natural, it is not the only way of organizing a society. There is a more considerate, sustainable, and deeply undervalued culture and way of viewing the world that lies in indigenous communities. We have a great deal of work to do as individuals and a society to make changes that reflect an acknowledgement of the cultures and communities that colonialism continues to disappear.