Beyond the overpowering and lasting effects of the communism, looking at the cultural and philosophical background of each country can aid in understanding the educational progression. 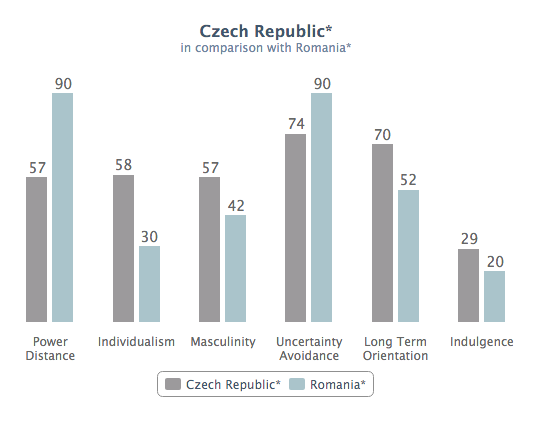 Comparative chart depicting cultural values of Czech Republic and Romania. A higher number reflects a stronger tendency to exhibit that attribute in the national culture.

As the Czech Republic and Romania are in similarly related geographically and were touched by the same events in history, it is no surprise that their Hofstede’s Cultural Dimensions exhibit generally the same trends. The cultural dimensions explore the emphasis and value placed on different themes. Please note that while Hofstede traditionally use masculinity and femininity  For example, both countries scored low on the Indulgence spectrum, meaning that they “have a tendency to cynicism and pessimism,” according to Hofstede. Groups of people with this orientation feel that their actions are restrained by society, and that indulging themselves is wrong. This could be a cultural indicator remaining from communist times in both countries.

One of the most striking dimensional differences between the two countries if the contrast in Power Distance. The Czech Republic already has a high score of 57, meaning it is a generally hierarchical country, but Romania scores more than 30 points higher. One theory to explain this gap is the difference in religious influences between the two countries. The Czech Republic has become far more secular than Romania, which could play a role in its reduction of power distance. 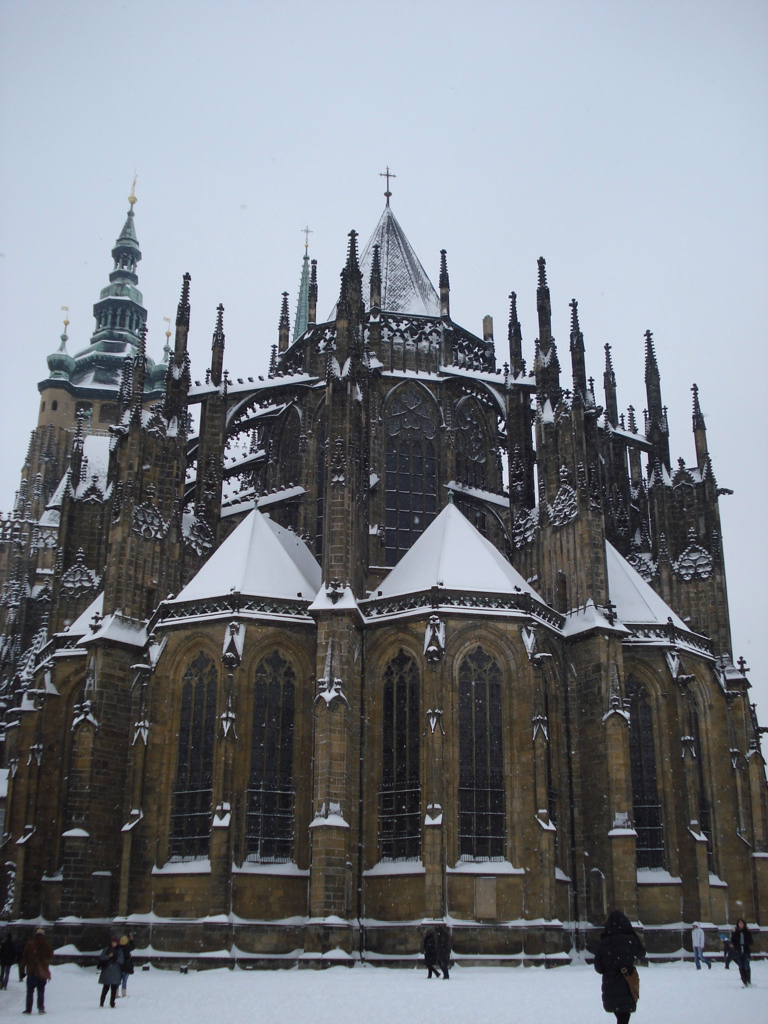 Though Czechs have long history of religious influence, fluctuating between Catholicism and Protestantism across the centuries, according to the 2008 European Values Study, the Czech Republic is currently one of the world’s most secular countries. 70% of Czech survey participants declared not to belong to any religious denomination. Only 13% report attending a religious service once a month. However, the lack of organized religion is not to say that Czech lack all spiritual inclination. Nearly ⅓ of the population reports believing in life after death. Additionally, the influence of religious can be seen by the cathedrals all major cities, and the roadside memorial shrines that dot highways across the country, but Czechs view this as more as “memory than religion” (Nesporova).

On the other hand, Romania remains a heavily religious country. Despite the communist promotion of atheism, religion endured and remained a part the Romanian ethos. Even during the communist reign, religion in Romania was never fully eliminated. Instead, religious ceremonies were only allowed to occur within in limited time constraints. Religious teaching to children and students was banned. The fall of communism marked a revival of the Eastern Orthodox Church. One theory for this resurgence is the national mythology that promotes a connection to its Latin roots and that represents the last Christian stronghold before the Muslim East. A study in 2008 found that 87% is Orthodox, and mere 2% no religion at all. The prevalence of religion is quite the opposite for Europe as a whole.