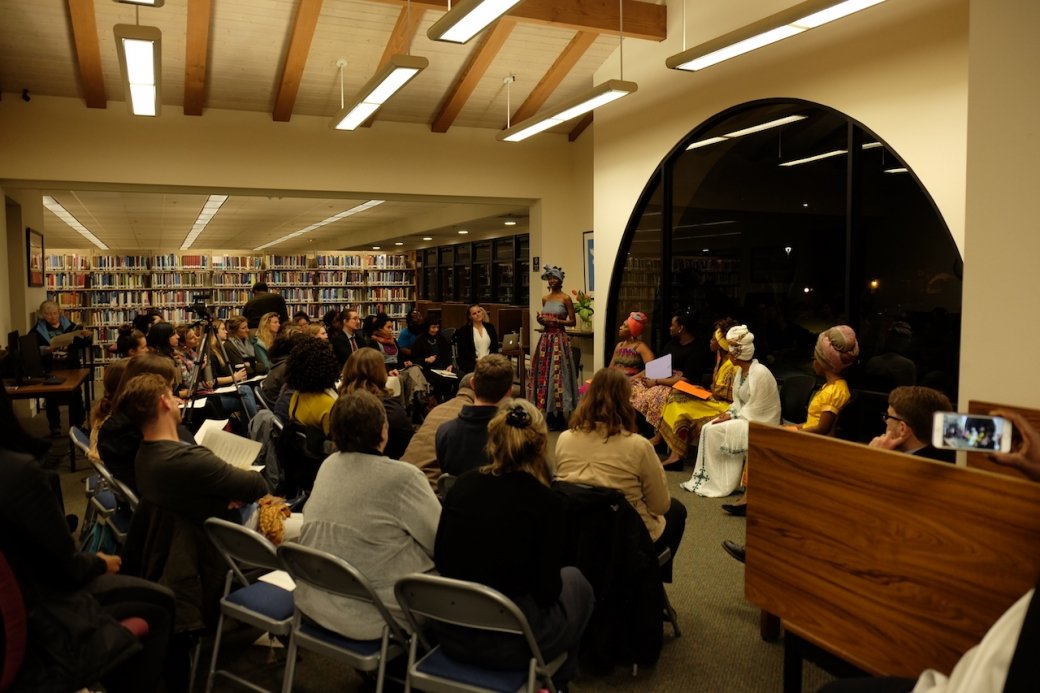 The Institute’s first-ever Intercultural Arts and Leadership Series kicked off at the end of February with a week-long celebration of Africa, followed by a week dedicated to movement and dance. The spring series is hosted by Tangut Degfay MAIPD ’18, who applied for and received funding from the Ron and Jessica Leibowitz Fund for Innovation. Featuring six arts modalities — music, theatre, dance, film, sculpture, and writing — the series involves teaching and performance residencies by diverse international artists throughout the term.

The project is assisted by a team of students including Kaitlin Emmons MPA ’19, and Airon Whitt MBA/MAIPD ’19 as part of a course entitled Intercultural Arts and Social Change, taught by Visiting Professor Andrea Olsen.

The series has three goals: to bring the arts more robustly into the academic curriculum of the Institute, to connect Middlebury Institute students with innovative artists and educators from the Middlebury network, and to connect the Institute and Monterey area communities through the arts. 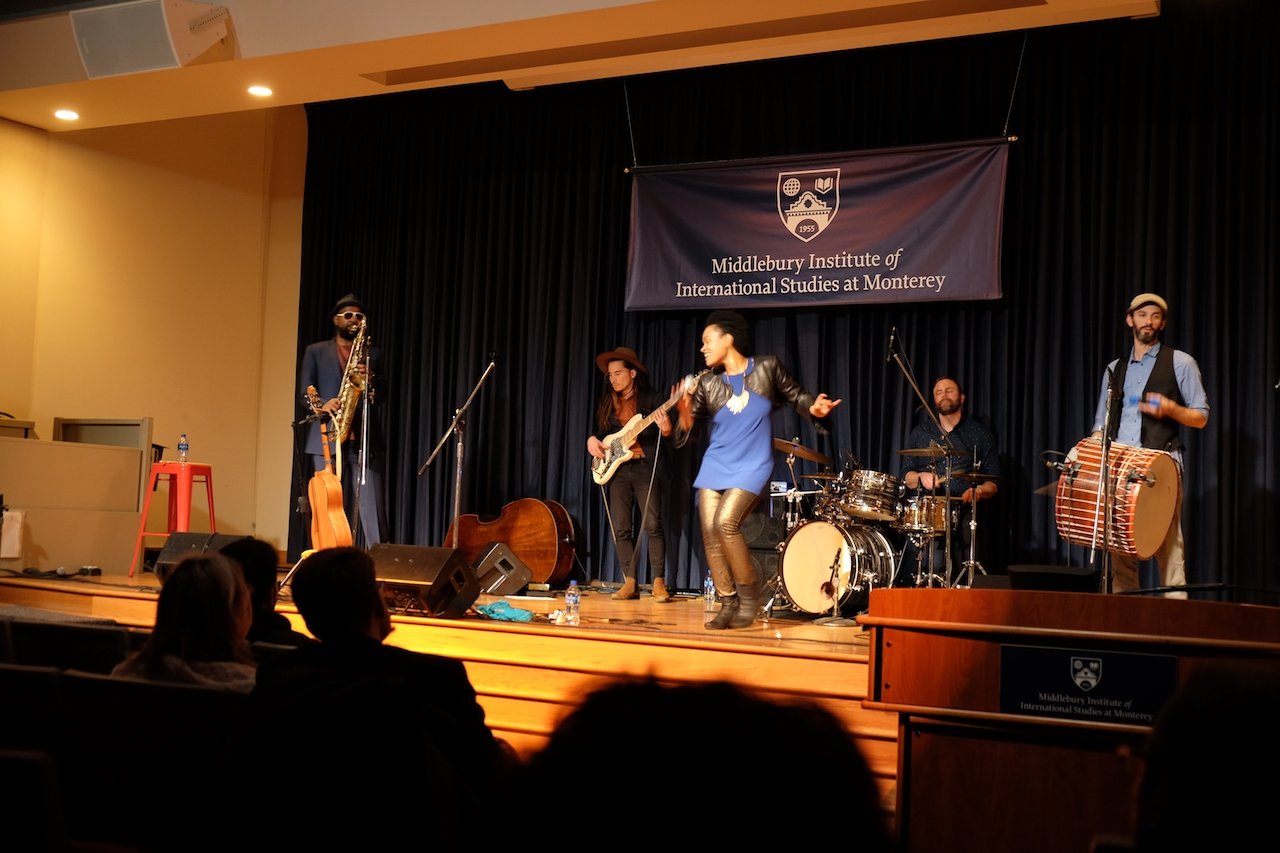 The first event of the jam-packed week was Ethio-Jazz vocalist and TED senior fellow Meklit Hadero and her band, who packed Irvine Auditorium and received a standing ovation for their dynamic performance. (Credit: Stephen Keith )

According to Degfay, “the idea of the first week was to highlight distinct African nations, while featuring interdisciplinary and individual perspectives on the role of the arts in global projects.” To support this intent, participants in the winter term course International Development and Social Change, Rwanda (DPMI Rwanda) were asked before their trip to be aware of the arts and share their views on return. Several student organizations on campus collaborated to host events, including the African Nations, Model United Nations, and Peace Corps Clubs.

The first event of the jam-packed week was Ethio-Jazz vocalist and TED senior fellow Meklit Hadero and her band, who packed Irvine Auditorium and received a standing ovation for their dynamic performance. Meklit was introduced by Vice President for Academic Affairs and Dean of the Institute Jeff Dayton-Johnson, who affirmed the importance of the arts in intercultural dialogue at the Institute. Tuesday, the DPMI Rwanda panel, hosted by Emmons, shared insights from four participants about the deep values and important challenges of engaging intercultural dialogue on site.

Another full-house audience attended the staged readings of six African authors by six Institute students at the library. The culmination of many people’s efforts, the project was directed by Cheryl Faraone, professor of Theatre at Middlebury College, who guided an intense three-day rehearsal period with the six participants for Celebrating African Women’s Voices in Leadership: Degfay, Francesca Aka MPA ’18, Ianthe Duncan-Poole MAIPD ‘19, Eunice Deha MAIPD ‘18, Shinae Meylor MAIPD ‘19, and Elizabeth Watiri MAIPD ‘18. 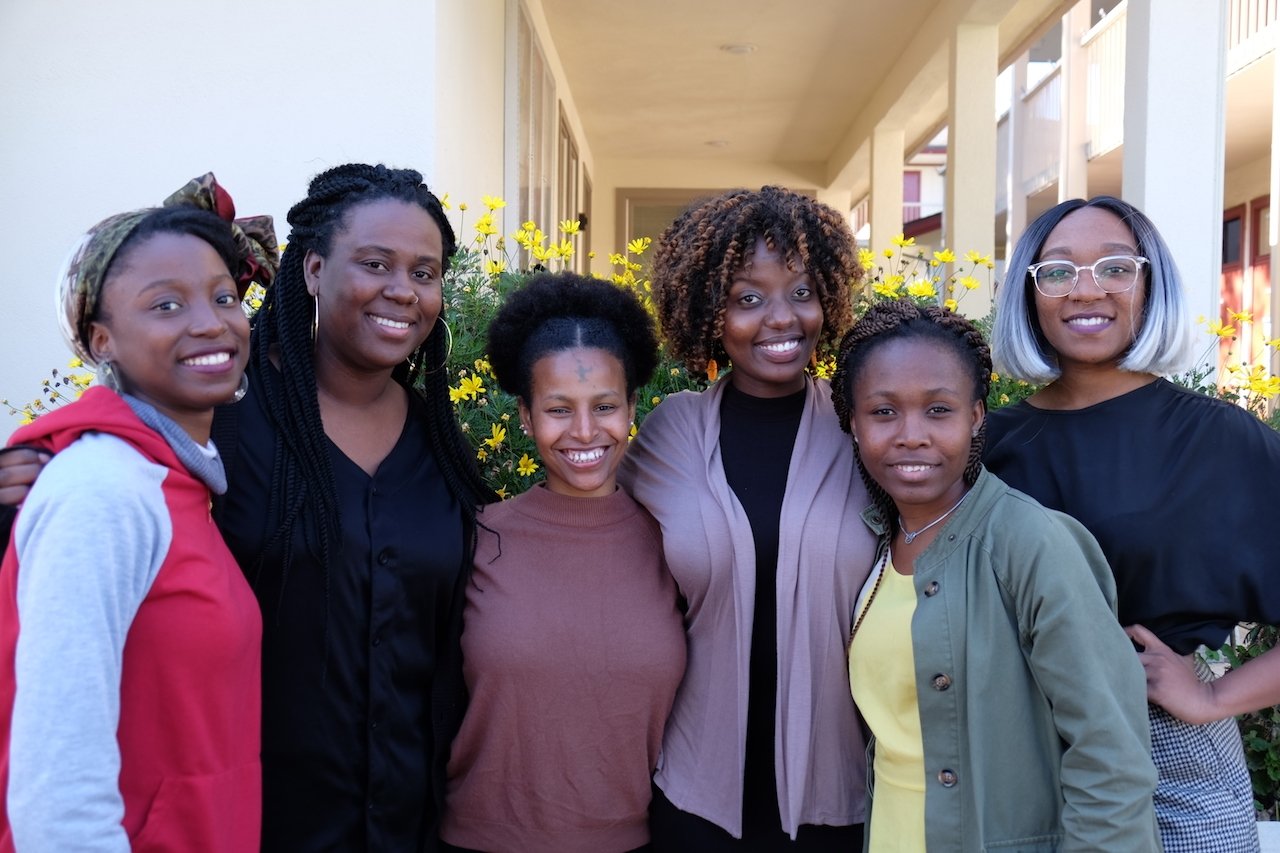 The week-long celebration of Africa and the arts involved over 370 participants and attendees from the campus and region. When reflecting on the success of the week, Olsen said: “After Meklit’s dynamic performance, the Women’s Voices participants exclaimed that she had set the bar high for the whole week and series—not competitively but to encourage the very best from each person as part of a larger whole. It shows the power and mystery of how the arts connect us in ways that are not obvious, but that are clearly felt and impactful.”

This weave of conversations and interactions drove the success. “The focus on Africa was exciting to say the least,” says Degfay. “It was such an empowering feeling to see the whole school talking about common themes and wanting to talk even more. I think we have set the foundation for future conversations at the Institute.”

Last week Middlebury graduate Cameron McKinney and his Kizuna dance company were in residence in Monterey with public performances, movement workshops and a lecture-demonstration on “Dances born from Revolution: How Japanese Butoh Ideologies Can Influence Streetdance.”

The series continues throughout the semester with more arts projects including building a NEST sculpture with Jayson Fann, an international water dance film project with Scotty Hardwig, and African Soundscapes with Damascus Kafumbe, an ethnomusicologist at Middlebury College.

To learn more about the series and the upcoming events and see photographs of the projects, visit http://go.miis.edu/arts18