An excerpt from the book The Perfect Protein: The Fish Lover’s Guide to Saving the Oceans and 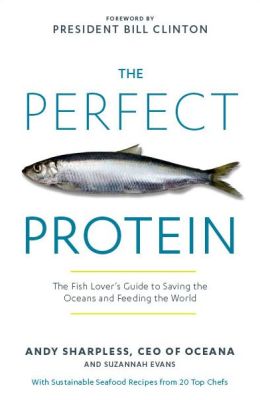 Feeding the World, by Andy Sharpless and Suzannah Evans, was featured on Scientific American with the title “Net Loss: How We Continually Forget What the Oceans Really Used to Be Like“. The excerpt covered the history of bottom trawling, a fishing method that involves long nets with weights at the closed codend with the front held open by a steel beam that rake the sea floor scooping up any and all fish in its path. The idea of dragging steel beams on the bottom of the ocean sounds destructive to me, even before seeing the science about it. And in 1376, the first complaint came in about trawling, although it was known as “wondyrechaun” in that time period. Regardless of the name, habitat destruction is in no way acceptable yet it has only proliferated in the last century. Particularly in the “high seas,” one of the last remaining global commons, trawling is the norm, even for industrial supertrawlers.

As the excerpt describes, these supertrawlers have two major differences from trawlers in the past. First is the scale: the ships are huge, even in comparison to the size of the oceans. The world’s largest supertrawler can store 8 million servings of frozen fish in its hold and a 747 jet could fly through the ships trawl net opening. The second is digital technology. Trawlers can almost tell where every single fish in the ocean is located with all their satellite technology, seabed-mapping software, sonar, radar, GPS devices, and more. Both of these changes are made to satisfy our increasing appetite for seafood. The result? Fisheries everywhere are crashing and populations are far below any recorded levels. The article provides the example of the Patagonian Toothfish (also known as the Chilean Sea Bass), a plight that has been visualized via documentary, The Last Ocean. But the issue goes beyond that of just fisheries, by removing a link in the food chain the entire ecosystem begins to collapse.

Besides the fact that everyone should know how their fish is actually caught, the relevance of this article concerns the by-catch of leatherback sea turtles that suffer the consequences of this increased consumption. This is probably the biggest threat to this endangered species, but it is unrealistic to stop all consumption of fish. Worldwide, fish is one of the main sources of protein for more than a billion people. So what is the solution? Regulating fishing practices, consuming only sustainably harvested fish, and developing networks of marine protected areas (MPAs) are all viable options. Anyone, like myself, who loves the ocean would be deeply troubled to imagine an ocean without the rich diversity and abundance of life that has been immortalized in literature, documentaries, and dreams.