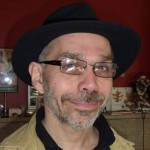 Tom Athanasiou is a long-time left-green writer and critic. More particularly, he is a former physics student turned social ecologist, a former programmer turned software manager, a technology analyst, a climate and climate-justice activist. His first book (as a ghost writer) was Mind Over Machine, an early critique of artificial-intelligence technology and its pretentions. His current interests focus on social protection and distributive justice in the context of global ecological emergency. This interest is national as well as global; Tom is interested in class division as well as North / South inequality. He is the author or co-author of numerous essays and reports, and three books: Divided Planet: the Ecology of Rich and Poor, Dead Heat: Global Justice and Global Warming, and Greenhouse Development Rights: The Right to Development in a Climate Constrained World.

In the late 1990s, Tom began to focus more or less exclusively on the justice-related aspects of the climate crisis. In 2000, with Paul Baer, he founded EcoEquity, an activist think tank focused on the development of fair that thus potentially viable approaches to climate stabilization. In 2004, EcoEquity, together with the Stockholm Environment Institute, released the first version of Greenhouse Development Rights, a reference framework designed to deepen our common understanding of what a fair-shares approach to emergency climate mobilization would have to entail. Which is to say that Greenhouse Development Rights intends to show precisely why, absent a deep commitment to developmental justice, we will likely fail to hold the warming within manageable limits, and this despite the coming techno-economic revolution.

Tom is now the executive director of EcoEquity, and is extremely active in the equity debate that underlies and frames both the ongoing climate negotiations and Americaâ€™s own confrontation with the necessities of the coming emergency mobilization. In his spare time, heâ€™s writing a new book, the working title of which is A New Deal for the Greenhouse Century.