The last couple of weeks have been consumed by classes, lab reports, exams, group projects and essays. I think the University is trying to remind me of the real reason for why I am in Australia. Although very busy, I was able to squeeze in a little bit of fun here and there. Some friends and I, who all had read The Hunger Games series, were able to go to the 12:01 opening night movie premiere a couple of weeks ago. I dressed up of course, unaccompanied by my mates, who kept their distance as I walked through the theater with my hand carved Eucalyptus bow and arrow. Apparently it was good enough craftsmanship where the security guard believed it to be a dangerous weapon and I was forced to remove the bow from the premises. This did very little to deter my excitement for the movie however. Whether it be the two coke slushies, the peanut M&M’s, or the anticipation for the film, I was in high spirits as my friends and I killed time before the movie by riding up and down the escalators, discussing the book and our opinions on how they would do certain scenes. 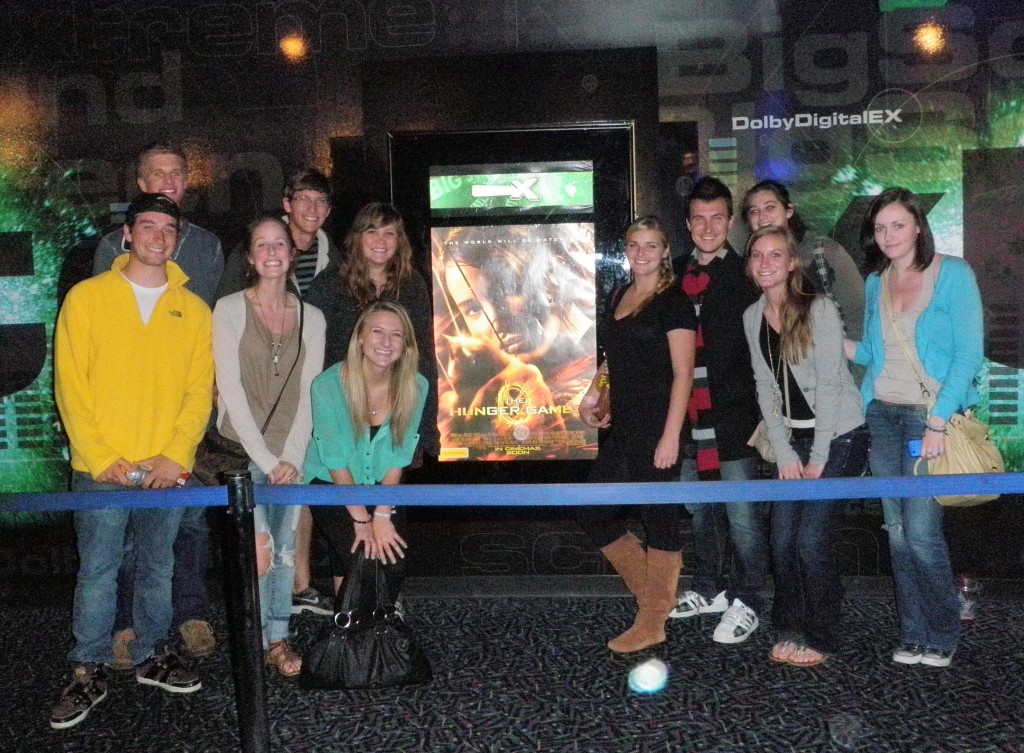 As well as seeing the Hunger Games, the inter-dorm dodge ball tournament started last week. There are 12 towers in our Chisholm Dorm and each tower is a team, tower 1 plays tower 2, tower 3 plays tower 4…etc and the winners go on to a championship game. My tower, team 7, beat tower 8 last week and we are now progressing to the next round. It’s a pretty relaxed tournament since not everyone is very athletic or competitive, however that did not stop me from taking it to the next level. As we lined up against the back wall and faced our opponents, the line of dodge balls cutting the room in half, my heart thudded in my chest and my hands became damp with sweat. As the referee put the whistle to his lips, I dropped to a sprinting position in preparation for take off. The instant I heard the sharp blast of the whistle I took off for the line and grabbed two dodge balls and hurled them (maybe a little too hard) across the dividing line at the first person I laid my eyes on. After the elation I felt from hitting an unsuspecting someone with a ball, I decided that I possess some serious competitiveness problems. However, it seemed to contribute to my dodge ball capabilities, and I am already looking forward to our next game. 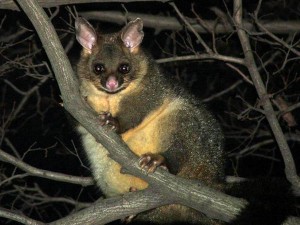 It’s officially “fall break” over here now, which is just too strange since it’s the beginning of April…so I am continuing to call it “spring break.” The dorms are completely deserted as all the Australian students went home for Easter. It is eerily quiet around here and I am the only one on my floor, save for the same Chinese exchange student who still seems determined to avoid talking to me. It’s not all bad though, as I have finally been able to do some laundry and eat my dinner in the kitchen rather than at my desk or over the sink. The animals on campus seem to be appreciating the peace and quiet as well. I have been scared half to death twice in the past two nights by an opossum who I have never seen out before. He seems to like the tree outside my room, which is a very nice treat…That is, once I realized that it was him making the creepy scraping sounds on my window at 2 in the morning. Sometimes I open my window and talk to him, desperate for a pet… Maybe that’s why the Chinese kid avoids me… Anyways, opossums here are wayyyy different than the ones back in the states. They are grey and cute and fuzzy with big round eyes and a small little nose. They look more like if a squirrel and a bunny had a baby, without the slightest resemblance to a fanged rat like the ones I am use to from the States.

The most exciting news that I have to share with you all right now is that I am going to Indonesia for “spring break!” 10 other international friends and I are leaving on Easter Sunday for the island of Bali! We have lots of plans, including but not limited to: para-sailing, snorkeling the Great Barrier Reef, visiting Monkey Forest, riding elephants, touring Buddhist temples, hiking up active volcanoes, bartering in the Balinese markets, relaxing on the beaches, biking through the rice fields, and soaking up some Indonesian sunshine. Until then, cheers!