I wake to the gentle pitter-patter of raindrops on my tin roof, quickly followed by the thunderous drum of rain pouring down from the heavens, as if trying to wash the planet clean (if only it were so easy). Which reminds me that I should probably shower. I sit up slowly as to not wake my bedmates, which are naturally accustomed to the noise of tropical downpours, and sneak outside. The sun is just beginning to peak through the jungle canopy, sending beams of light dancing across the rapidly forming muddy puddles. I grab my shoes and soap and begin my slippery descent down the moss covered, rocky embankment. Frogs, geckos, and skinks scurry out of my way as I half climb half fall down to the river. I gingerly put one foot into the water at a time, careful not to make a splash and attract the fish. They come anyways. Every few seconds I feel nibbles at my legs and hands as I sit on the rocks washing my hair. Thankful they don’t have bigger teeth, I try to reassure myself that it is a good sign that there are still fish left in the river, and that their company during my morning shower is affirmation of my work here. It is this logic that gives me the confidence I need to fully submerge myself into the deeper waters and complete my rinse. At this point, it is not the fish that I am weary of…it is the three-foot long fresh water eels that live under the rocks in the deeper parts of the river. The Pohnpeians believe that these eels are local ancestral spirits; to me they are sharp-teethed nightmares and the reason I have to wear shoes in the river. I scramble up the slick rocks, happy to be clean and to still have all of my fingers and toes intact. I grab my still-damp clothes hanging from their nails, shake the cockroaches out, and hurriedly dress for my meeting with the Mayor of Kitti. 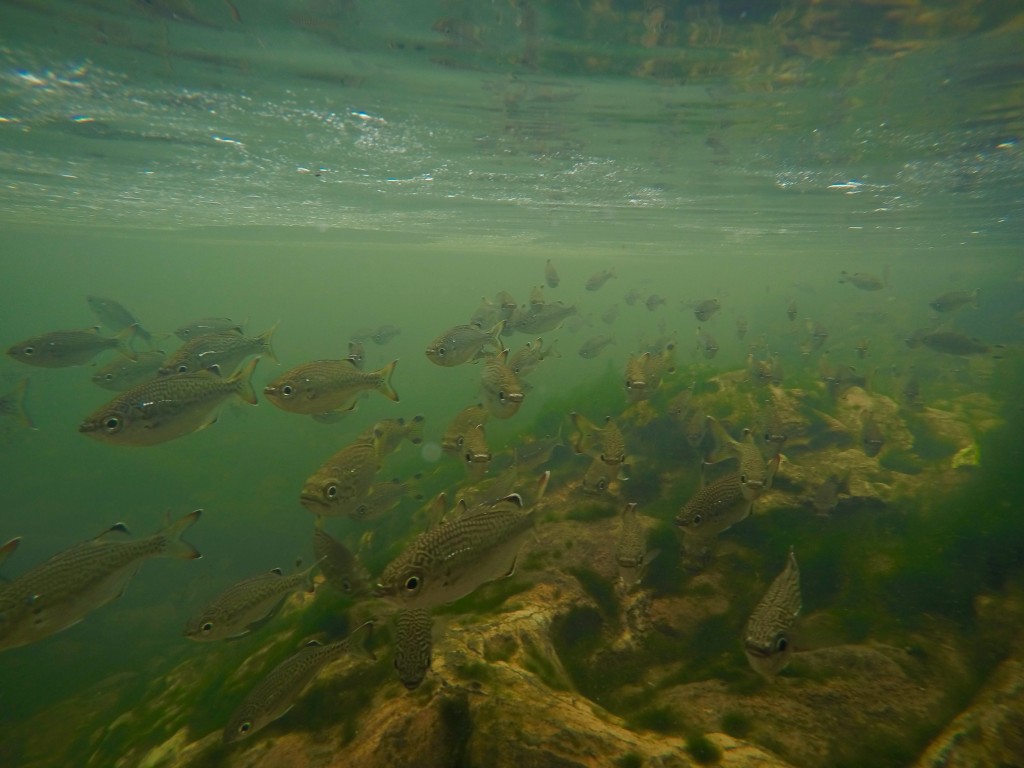 My host father, Emilio, gives me a ride to the Municipal Government Office on his way to work. As usual, I walk to the wrong side of the car (steering wheels are on the right side), listen to the familiar sound of Tim McGraw’s voice coming from the radio (Pohnpeians love country music), and mentally fasten my nonexistent belt buckle (no seatbelts here). We begin our bumpy journey out of the jungle, fording flooded roads and dodging potholes. I can’t help but compare the roads and the driving here to an intense game of Mario Kart. Everyone drives similar Japanese made box cars way too fast on a road that would barely be considered a one-way back home. There are no road signs or delineated lanes and apparently there is another island language composed of honking that everyone seems to understand, save for me. While driving you have to dodge numerous obstacles, which is increasingly difficult when most of the drivers have their heads out the car window spitting “beetle-nut”,” the Pohnpeian version of chew. These obstacles include, but are not limited to, chickens, stray dogs, people, potholes, mudslides, broken down cars, and as I soon came to find out, wild pigs. On our drive to work, Emilio and I were having a serious conversation about which celebrities I knew (since I’m from California and all), when a giant pig, almost as big as our tiny car, came charging out from the jungle! As we swerved and slammed on the brakes I could not discern the squealing of the tires from the squealing of the pig. I nervously glanced behind us with my stomach in my throat and heaved a sigh of relief, happy to see the pig alive and well, and equally happy that I didn’t have to eat him for dinner tonight. Somehow we managed to dodge yet another obstacle on our way to work, and thus began another day in Pohnpei.

Reporting live from the jungle of Micronesia, I’m Whitney Berry.