WE CAN NOT DEFEAT TERRORIST WITH RHETORIC 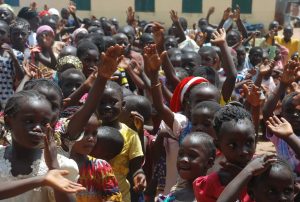 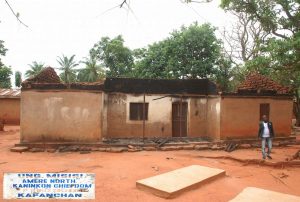 Terrorism has cause the death of many people in many part of the world. Some terror groups are known internationally while others with the same mission are operating at local level and causing the same havoc.
As I listen to Richard Rubenstein today discussing The Logic of Terrorism and fallacies of counter Terrorism my mind goes to how our leaders instead of finding ways to address terrorism, they make up rhetoric about them. Sadly these rhetoric’s do not address the pains and injuries inflicted on people.
Terrorism is violence aimed at achieving political, religious or ideological objectives. Their Attacks can be centrally directed from a structured organization or network or by individuals acting without any direct external control.
As these terror attacks continue, people now live in fear and uncertainty. Traveling to some countries today especially those that have had terrorist attacked is now no longer a fashionable thing because your family and love ones have to continue to keep vigil for you until your safe return.
Sadly all we read and hear from leaders of these nations is, the attack is barbaric, the terrorist are cowards, we vow to fight terror etc which has not in any way stop, dislodge or pursued the terrorist to stop attacking.
When will these great leaders and people of these countries take measures that will put the terrorist on the run or get them arrested before they do their evil? Some of these world leaders and citizens seems to be like presenters of major media such as CNN, BBC, Aljazeera, Sky news, ABC, to mention just a few who enjoy manipulating the stories as they present them to viewers and listeners but without solutions.
It is always sad to hear all the media want to achieve is getting ISIS or Al-Qaida and any other terrorist group to claimed responsibility. Has claiming responsibility ever bring succor to victims and their families? The truth is, Claiming responsibility is not what the victims, their family or citizens who are in danger want to know or hear.
There are many people in many parts of the world today who may have not pledge allegiance to ISIS or other terrorist group but have similar ideologies and will use any opportunity to kill or cause others harm.
I therefore submit that Leaders and the general public reaction by just calling terrorist names is not enough.
Security agencies must do their work to stop those who have acquired weapons or anything that can be used to cause people harm. Those in possession of any type of weapons must defend why they should be allowed to have or use weapons in their possessions.
The general public must also wake up to support and not just to seat and talk like some leaders do. When strange people come to your community what should you do? When you notice a suspicious person around you and in a questionable place, what will you do?

We cannot fight terrorist and win by just being rhetoric about them. They really don’t care what we say or what name we call them as long as they achieve their evil plot of killing and destroying others.
Let us join hands to stop terrorist from having their way.
If we must defeat terrorist and terrorism, everybody must do something not just saying something.