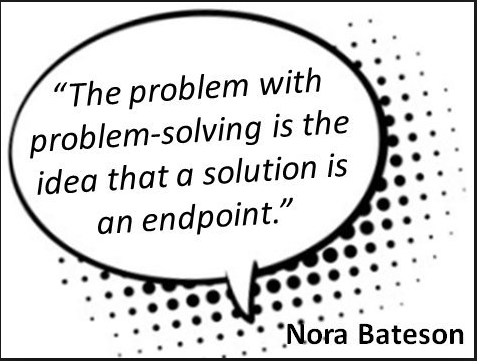 Out of a very exciting and thought-provoking first week of SPP, I would have to say that one of presentations that stuck with me the most was the presentation on Conflict Sensitivity by Sarah Cechvala. The reasons that this presentation stood out to me the most is because of the interactive component that made me really start thinking about the words that Kevin Avruch said in the second day of SPP which was that sometimes there is never a good solution. You always need to look for those unforeseen consequences. When Kevin first said those words I thought I would internalize them and always make sure to think every solution through as much as possible. Apparently, I was wrong.

During Sarah’s presentation, she had us look over a case study where we worked in an international NGO that was doing work in Cité Soleil to rebuild buildings in an urban area that was stuck by a natural disaster. For this scenario, we had to decide which buildings we would fix with the money we were given and explain how and why we choose to fix those buildings. Once my group debated and decided on our buildings, I was very sure about our decisions. I was sure that we made the right choices given our circumstances. There was no way we missed anything in the analysis of the conflict. But once the rest of the class started to poke holes in our decision it was made very clear that we did not think the situation completely through. There were many unforeseen consequences that we had missed. There even some consequences that we didn’t miss but we had analyzed incorrectly. This made it very clear how difficult it is to try and come up with the “perfect” solution. It seems like there are always going to be consequences that will be missed.

This case study also showed me about how difficult it is to stick within the guidelines of your mission. It happened on multiple occasions, during the case study, that my group tried to solve more than it was supposed to do. In our eyes we were doing good; why not solve as many problems as possible? But Sarah reminded us multiple times that we were trying to do too much. This aggravated me in the moment but once I reflected back on it, it made more sense. It made sense that one needs to focus on one issue at a time. If not, one could cause more harm than good.

This also started a very thought-provoking conversion with a group I was in later. The issue of whether “solving” the issue of a patriarchal system was part of our mission while trying to resolve a conflict. In this scenario, the patriarchal system was not necessarily bad and actually helped the country run relatively conflict free. While I do understand the argument that the conflict was never really resolved while the patriarchal system was in place, i resonated more with the argument that us thinking that patriarchal system as bad was us viewing at through our cultural lens. This brought up the struggle that I have been having, since coming to MIIS, over what gives us the right to define what’s developed and what’s not developed when it comes to other countries? Why does it seem like the Westernized countries are the countries that decide how to develop another country? Do we just get to decide what is good or bad for other people, even if they do want it?