Getting accustomed to life in a foreign country can be quite difficult. Everything is different. Even the money, though it is really beautiful actually. The dollar bills are all different colors, 20’s are red, 10’s are blue, 5’s are purple, 100’s are green., etc. They have cut out windows of clear plastic that you can see right through, as well as awesome detailed pictures of different places in Australia and different political leaders on each side of the dollar. They use 1 and 2 dollar coins frequently and do not have 1 dollar bills. It is easy to tell who is a foreign exchange student because we all have trouble digging through our coin purses trying to find the 2 dollar coin. 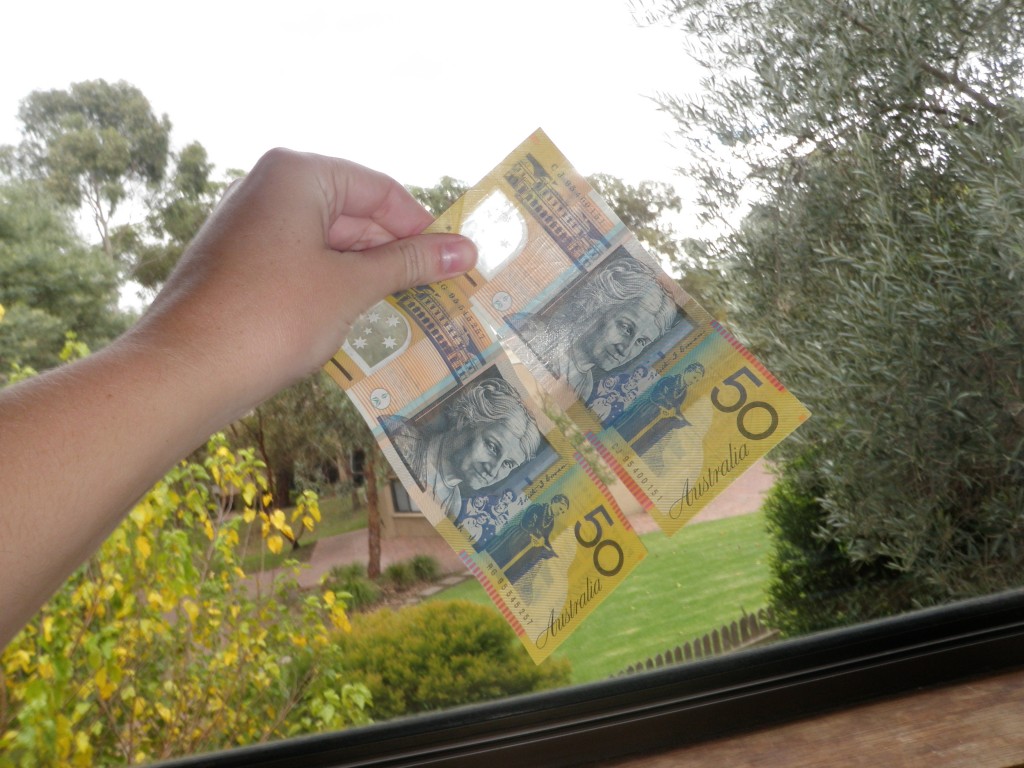 As well as money, the language here is hard to get use to. I thought I chose Australia to make the transition abroad easier because they speak English, right? Wrong. We are definitely not speaking the same language. It may be English but I have just as much trouble comprehending it as if they were speaking French. The accents are thick and the slang words are abundant. In “Australian,” you do not ask “How are you doing?” because they will look at you funny, instead you ask “How you going?” I have not yet mastered the answer to this question. Instead of saying “flip flops” they say “thongs,” this was a very hard adjustment to make. When I was first told by my tour guide that this store was the best place to buy thongs, I wasn’t sure if he was making a pass at me or just a very confident male who liked to wear thongs. Instead of using “you’re welcome” after “thank you” they say “no worries.” This is probably the second most common statement in Australia, “No worries” is the answer to everything. And the first most common phrase over here is “heaps.” They use this to describe everything, I mean EVERYTHING! “It’s heaps hot outside.” “I have heaps of paperwork.” “You can save heaps of money here.” “I had heaps to drink last night.” “There are heaps of kangaroos over there.” Heaps, heaps, heaps….

Another thing that is a bit difficult to adjust to is the weather patterns of Melbourne. Apparently, Melbourne is known as the city of “four seasons a day” because the weather here changes so drastically and so quickly. For example, yesterday I was pouring sweat and sticky from the humidity while walking across campus in my “thongs” under a clear blue sky and by the time I had reached my dorm  building dark clouds had appeared as if from nowhere. It began pouring down rain with extremely loud claps of thunder and bright streaks of lightening. Fortunately the storms are tropical here so I was able to stay in my sun dress throughout the duration of the storm. On the flip side, today we had a warning on the news unlike any I had ever heard before. We had a UV sun rays warning. Apparently the UV rays were extremely powerful and dangerous today and so the advice given from the news people was to stay inside, and if you had to go outside then wear long sleeves, hats, glasses, etc. This was so unlike any weather warning that I had ever heard before. Australians don’t have hurricane warnings, tornado storm watchers, earthquakes, or flash floods, instead the have “no ozone” warnings… Fortunately I have loaded up on the sunscreen, even though my poor pale winter skin is now peeling due to my Great Ocean Road trip. If I didn’t look like a tourist before, my new leopard spotted skin should do the trick. However, the extreme sunburn did swell my lips to the effect of Angelina Jolie, so not all bad in the land down under. 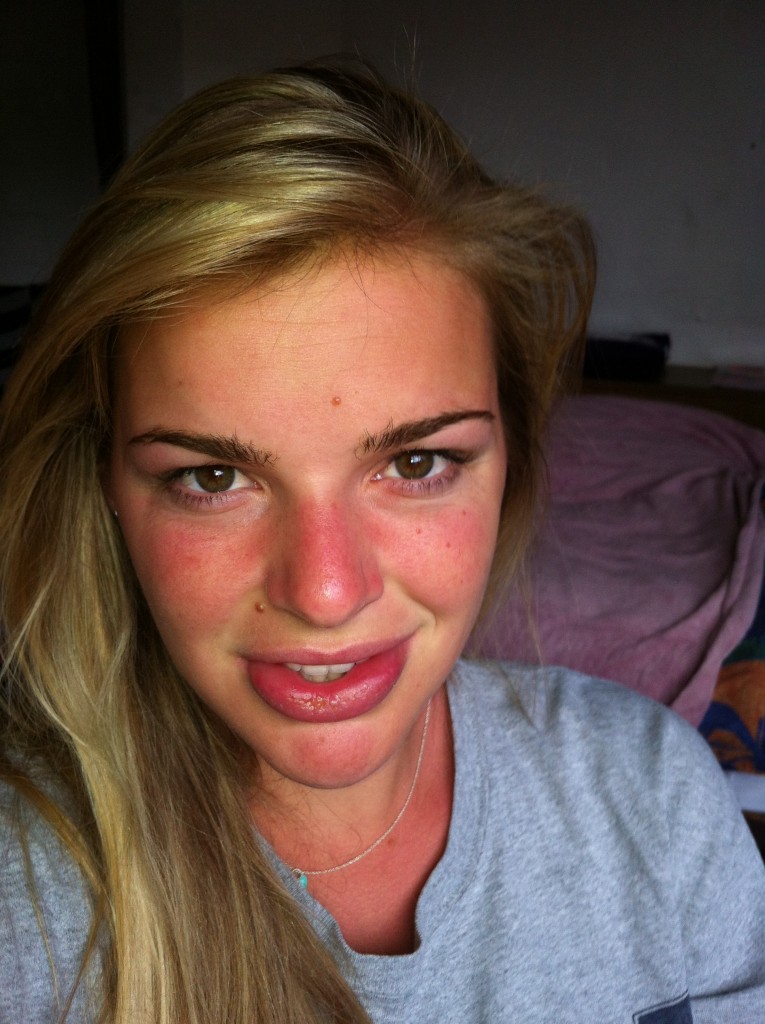