Today our session focused on the role history has played in peace building and justice. As an avid fan of history I really appreciated these sessions because it showed how the formation and promotion of a history can radically influence how a society comes about addressing a conflict and how its society is affected generations later over the action or inaction taken historically. Primarily we looked at Colombia, South Africa, and the US. 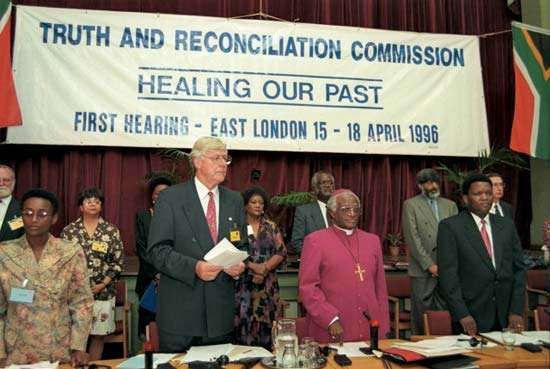 Portions of the session were not new to me in terms of the material discussed, but the conversations regarding historical race relations in the US, and the monuments and roles of monuments and history in peace building and justice to me were particularly interesting in terms of examining history’s role. Most of the historical topics related to race trauma and violence I had learned in college and university or doing self-study, but noted that none of the information was really taught in primary or secondary school. It wasn’t until college where a lot of the details related to US history was fleshed out regarding specific policies that targeted people of color and Black Americans in the US. I was really interested in the South African Truth & Reconciliation Commission. I was fairly pleased to know learn about the South-South exchanges throughout the various TRCs, and even though I was fairly informed of the process and history of the process I wasn’t as familiar with the failings and incomplete sentiments felt by many Africans.

During the final half hour we watched a video revealing a museum and memorial in Alabama that details the historic use of lynching by whites against Black Americans as a form of terrorism and tool to uphold white supremacy in the US. Really looking at histories and memory as a shared narrative, many US citizens who are not aware of historical race relations don’t usually come across lynching cases as a widespread and methodological tool. Bringing the history of lynching to the public eye will be positive in the respect that it directly addresses the history (and current reality) of white supremacy in the US and how its’ effects have impacted Blacks, PoC, and even whites in this country. My only reservation when hearing about this monument was the possibility of creating more trauma for some in the community than healing. We concluded the discussion with a conversation on unresolved historical memory and monuments and it reminded me of residing in Monterey. It took me back to the first time I strolled down the bike trail in Monterey between the Fisherman’s Wharf and Lover’s Point, and on the trail there is a progressing mural that shows the historical settlement of the Monterey Peninsula. Part of the mural tells the story of the settlement of Monterey by Chinese fisherman during the 19th century, who had established a vibrant thriving community along the peninsula. The mural explains away the community’s disappearance with a ‘mysterious and tragic fire…’ which ignored the history of violence and prejudice against the Chinese-American community by white settlers who reside and profit off the peninsula today. The mural to me reflected the various themes we discussed in class this session: a monument’s power to enforce a single story or narrative, history’s role in justice or even furthering injustice in the United States, and the importance of monuments in pushing a legacy of justice and collaborative narrative in areas or communities post conflict. 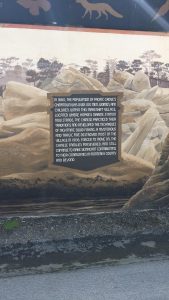