The result of feeling emotionally or actually being physically trapped can be born from a variety of avenues.  Ranging from being psychologically imprisoned from an unsatisfying or abusive relationship to literally being taken hostage or incarcerated, and everything in between along the spectrum, we can be for one reason or another, inhibited from freedom. 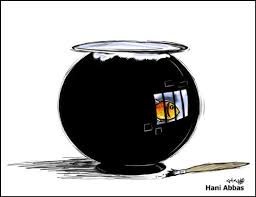 The other day, we had a guest speaker who’s journey I will not soon forget.  A former gang member who, from a young age, was seduced by the gang philosophy of inclusion and belonging (arguably something every human seeks).  He became deeply embedded in his new found group – trapped  in the cycle of prisons, street violence, drugs, and a consistent battle for inclusion in a “family,” which he did not receive on the home front.  The stories he told us…the violent crimes he committed or witnessed…were incredible.  To my revelation, most gang violence comes within, intra-gang violence, as opposed to rival gangs battling each other.  To “quit” a gang is not something easily done.  Oftentimes this is when one can become a target.  Members who are done with the life for one reason or another (danger, fear, exhaustion, etc.) try to get out, as placidly as possible, but the active members simply do not allow it.  The individual (our guest speaker) in question finally found a way – and now, has completely turned his life around and uses his experiences to mentor others, encouraging them to leave the gang life behind; because otherwise, it may easily become too late.  Because of his background, he is able to utilize moral authority in a way that outsiders simply cannot.  He says that he always keeps it real with his “kids,” day or night, they can always reach out to him.

We learned that the age of victims of violent crime in the area is increasing; however, the perpetrators’ ages are actually decreasing.  In our visit to the prison, we were told that oftentimes the older generation of gang members become fed up with the younger ones, who don’t want to listen to authority, and that is bad for business.  Recruitment begins early with the youth of troubled societies, youth who are then forced to face a harsh reality, harden up, and grow up far too soon – but this isn’t without fear.  These gangs are basically run from the prisons, who get their orders sent out to the streets through a variety of sophisticated methods.  Prisoners who want to try to leave the gangs behind are able to join SNY or “Special Needs” yards, in the process leaving the yards behind completely controlled by active gang activity.  We were told time and again that the only way to really get out and become un-trapped is to physically geographically relocate.  The high recidivism rate (70%) of the prison can arguably be attributed to this feeling of being trapped – unable to leave the life of perpetual violence, physical, structural, self-loathing, whatever it may be.  The formerly incarcerated individuals also can become trapped by this feeling of being used to being institutionalized – what if there are no opportunities on the outside?  What if society doesn’t accept me?  What if I’m always viewed as someone who isn’t worth a second chance? 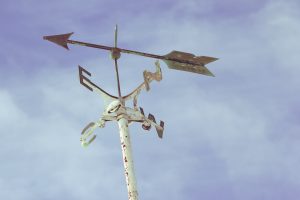 People like the speaker who came to our group, people who successfully leave gangs, may always be trapped to some extent – always watching over your shoulder to see who is there.  He has found a purpose, a reason to live, to improve the lives of others.  Life is not fair, and there is no denying that some can be dealt a tough hand of cards.  I’m normally a note-taker, but while he spoke, I was hardly able to take any.  I just wanted to listen to the power of his story.  He has a brand-new identity – and to him, despite the risk he faces, this is a form of freedom and self-worth that nobody can take away from him.