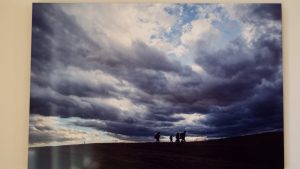 Over the winter of 2016 two to three trains filled with refugees would depart Gevgelija, Macedonia for the Serbian border. There was no schedule; they left when the trains filled up at varying times of the day including the middle of the night, leaving people to hike miles of snowy Serbian in the dark on their way to the next transit center.