Some of the Participants! 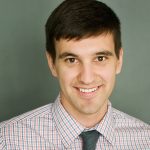 Tyler calls Salt Lake City, Utah home where he was born and raised. Having spent much of his time in the mountains, he enjoys everything outdoors and was naturally drawn to issues regarding the environment and natural resources. This lead him to a BS in Environmental Studies where he became entrenched in issues surrounding people and the planet. He served a two year ecclesiastical service mission in Sacramento, California where he learned Spanish. After having worked in renewable energy, he decided it was time to improve his practical skills to have a deeper impact. As an MBA/MA in International Policy and Development, Tyler is learning to do just that. Incredibly excited and ready to learn, Tyler is looking forward to getting to know the needs of the client and working with the stakeholders. 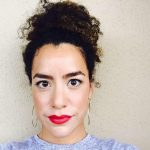 I was born in Santa Ana, California and resided in the Orange County area until I was 19. I come from a family of seven children, myself included, raised by a beautiful Mexican mother. I moved to the island of Oahu to pursue a bachelor’s degree in intercultural studies with an emphasis in communications at BYU-Hawaii. I graduated and chose to become a high school English teacher on the islands and surf Polynesia before deciding to go back to school to pursue a Masters in International Policy and Development with an emphasis in migration, human rights, and trafficking. I’m looking forward to focusing on the work to uplift marginalized and disenfranchised communities worldwide alongside multi-faceted individuals. 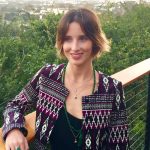 I grew up in Santa Barbara, California and moved to Los Angeles to attend the University of Southern California (USC). I received my Bachelor’s in Political Science with a minor in Spanish. My interest in nonprofit work began during my time at USC where I worked with an organization called A Better LA that aims to reduce gang violence in the inner-city areas surrounding USC. After graduating from USC, I worked in fundraising for a variety of nonprofits serving low-income families and children. In 2016 I decided to leave the world of fundraising to pursue my MPA at MIIS with the aim of returning to the nonprofit sector to support organizational impact and sustainability.

Over the summer I participated in DPMI in DC as well as working as a program operations intern for Chrysalis in Los Angeles. I have lived and traveled in several Spanish speaking regions such as Spain, Nicaragua and Mexico. I currently live in Monterey, California with my dog, Chile, and teach yoga. 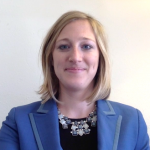