MIDDLEBURY, Vt. – “There’s something that’s actually really incredible about creating movement in your own body and then allowing that movement to live in someone else’s” says dancer and choreographer Cameron McKinney ’4, “because as soon as you give it away, it’s already different because no two bodies are the same.”

McKinney recently spent a week at Middlebury in residence with his dance company Kizuna, which he founded in 2014. In a weeklong “takeover,” Kizuna members taught all courses in the dance department’s curriculum. Kizuna, a Japanese word meaning bonds or connections between people, reflects McKinney’s interest in Japanese language and culture. He is currently developing a movement style that blends Japanese influences with aspects of capoeira, street dance, and contemporary floor work. 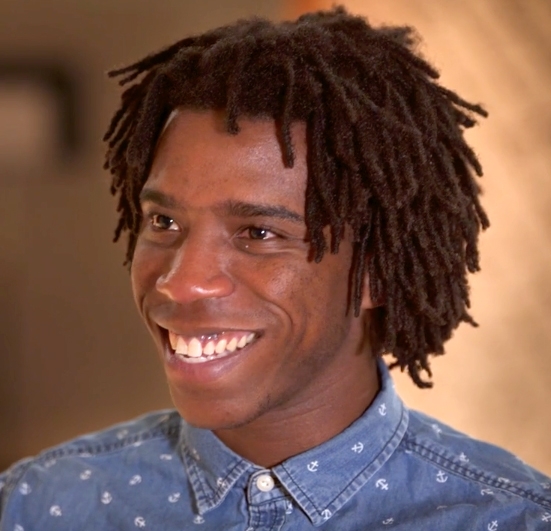 Cameron McKinney ’14 returned to Middlebury with his dance company Kizuna to teach classes and perform.

In the few short years since he graduated from Middlebury—where he first began dancing—McKinney has set to work filling a niche in the dance world that he felt was missing. And he’s been successful. He was recently named a participant in the Alvin Ailey Foundation’s New Directions Choreography Lab, was chosen as one of ten emerging choreographers for Doug Varone’s DEVICES choreographic mentorship program in 2015, and is on faculty at Gibney Dance Center. He has also taught on faculty at the Joffrey Dance School, the Southern Vermont Dance Festival, and Williamsburg Movement and Arts Center.

McKinney and his company capped of their weeklong residency with a performance at the Mahaney Center’s dance theatre.